Breaking the Sugar Habit with Kräusening 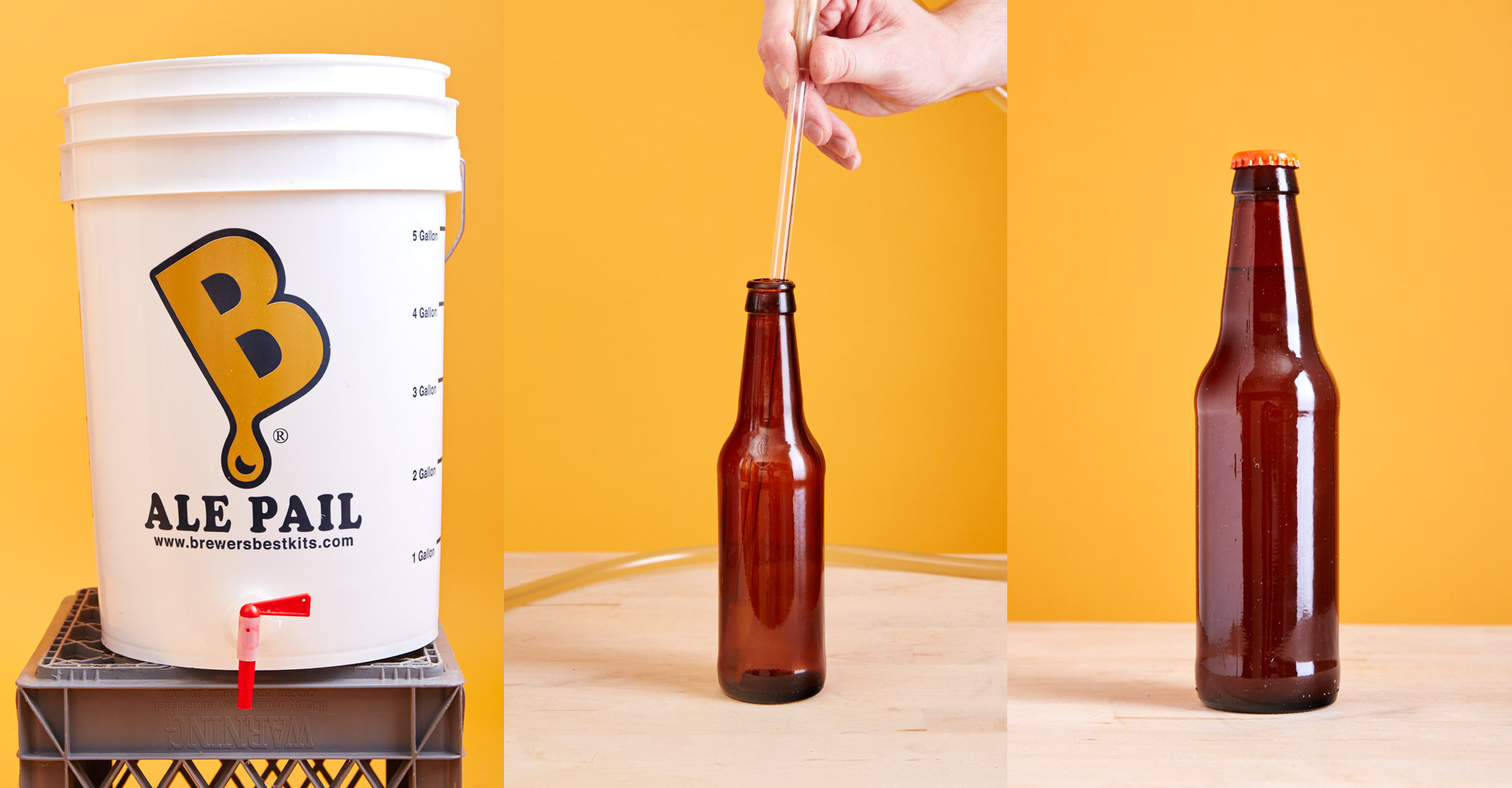 The German beer purity law, the Reinheitsgebot, allows for four basic ingredients: water, hops, malt, and yeast. It’s a fine tradition, although we’re happy to make exceptions for oatmeal stout, Belgian styles, and fruit beers, to name a few. Still, we pay lip service to this ideal of brewing purity, but we often overlook it every time we bottle: priming with corn sugar is a clear violation.

German brewers keep it legal by a technique called kräusening. They take some freshly fermenting beer at high kräusen and add it to the finished batch before transferring it to kegs or bottles. The resulting secondary fermentation under pressure carbonates the beer without adulteration. Beyond the aesthetic appeal, this offers a couple of additional advantages. The fresh influx of yeast can make up for lower yeast counts in a well-lagered beer, and it can also clean up fermentation by-products such as diacetyl and acetaldehyde.

Some homebrewers prime with dried malt extract, but we can reap the full benefits of kräusening as well if we overcome three challenges. The first is the easiest to deal with. Commercial breweries use the same recipes time and again, so they can grab their kräusen beer from the latest batch in the fermentor, knowing that it will match the target beer perfectly. Most homebrewers don’t brew the same thing every time, so they can’t rely on having an appropriate kräusen beer on hand. The easy workaround is to scale up your recipe to make extra wort, which you can save until you’re ready to bottle. Sanitation and storage are minor concerns, but given that the wort has been boiled, sealing it in a sanitized jar or swing top bottle for a couple of weeks is low risk. You should also save a sample of your yeast at the same time.

The second problem is timing the fermentation of the kräusen beer to add the right amount of sugar to reach the desired carbonation level. It’s not too hard to watch for a good layer of foam on the kräusen beer, which you want to use before too much of the malt sugar has been gobbled up. The issue is more about adding variability to your brewing process, making it harder to reproduce the same level of fizz each time. The solution to that raises the third hurdle: math.

That’s right, there is a basic formula to calculate how much wort you need, but if you’re math-phobic, it won’t be nearly as easy as measuring out corn sugar. The accepted rule of thumb is that you need to add enough kräusen to raise the fermentable sugar by three gravity points. You can assume that the kräusen would attenuate the same as your main batch, so if you measure the gravity of the kräusen beer when you’re ready to keg or bottle, you can figure out what proportion you’d need to add to hit that target. Let’s look at a test example for a 5-gallon (19 l) batch where the current gravity of the kräusen is 1.050 and the final gravity on the beer is 1.016.

If you really hate math, you can find kräusen calculators online, some of which even take into account the desired carbonation level and bottling temperature. The latter is relevant because it controls how much CO2 is already in solution.

Each glass you pour will give you a fresh taste of tradition.