Almost two months have elapsed since that image was taken, and I’m happy to report that my mystery blend of microbes is doing well. After my DIY coolship had spent about a week outside, minute colonies of mold had begun to grow on the surface of the wort. After skimming these off, I poured the remaining liquid into a Mason jar, which I brought inside my house and placed on the kitchen counter for daily observation.

I continued to skim mold from the surface every couple of days, but by the end of the first week in the jar (so, two weeks total), visible signs of fermentation had become apparent. Small bubbles rose to the surface, the liquid became opaque, and a thin Kräusen formed on the surface. Once fermentation got going, the environment had become inhospitable to mold, so skimming became no longer necessary.

This past weekend, I boiled up and cooled 100 grams of extra light dry malt extract and some yeast nutrient in a liter of water and then added the wort, along with the Mason jar dregs, to a sanitized growler jug. Within four hours, a robust Kräusen had grown atop the vigorously fermenting starter, and a couple of days later, a thick layer of yeast had deposited itself on the bottom (pictured below). 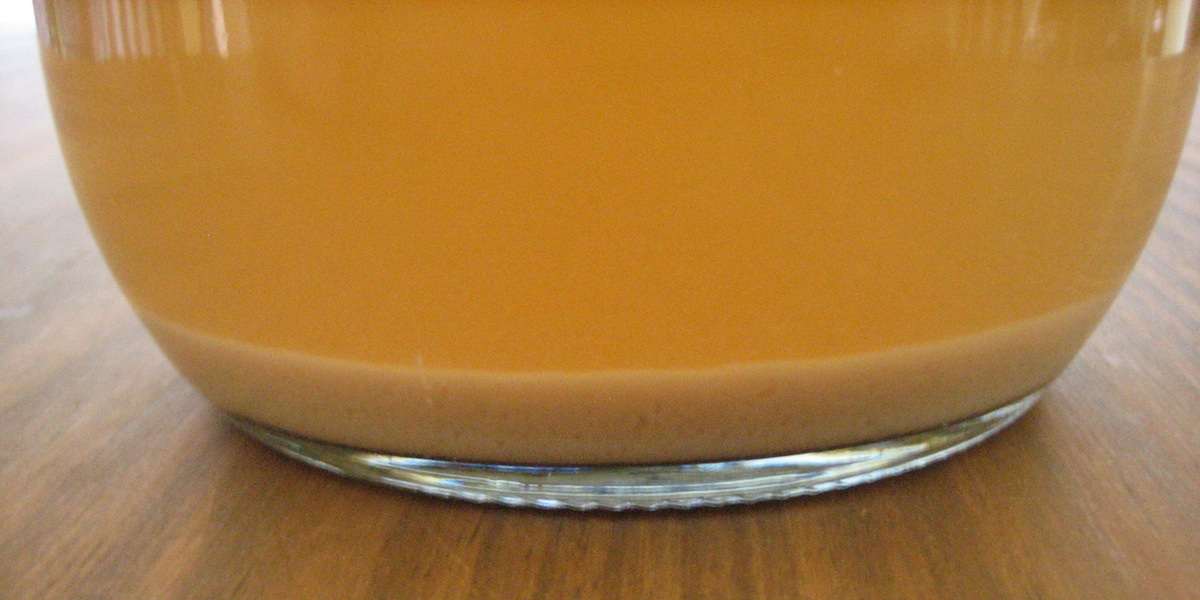 Despite the sizeable yeast cake, though, the starter is still going and remains quite opaque, suggesting a blend of flocculent and not-so-flocculent yeast strains. It has a pleasant, fruity aroma, with banana esters that remind me of German wheat beer. There’s some light, saison-like phenolic character and just a hint of funk. It actually smells delicious.

After the starter completes its fermentation, I’ll crash cool it, decant the liquid, and pitch the dregs to five gallons of Pils-and-wheat wort to see what I come up with. In all likelihood, the culture contains a blend of yeasts and bacteria, but so long as fermentation proceeds normally, the final product will be safe to sample and (hopefully) pleasant to drink.

If you haven’t yet given microbe wrangling a try, I encourage you to do so. But you should do it now, before the weather gets too hot. Otherwise, it would be better to wait until autumn.

To make your life easier, consider using a product such as Bootleg Biology’s Backyard Yeast Wrangling Tool Kit, which contains everything you need to capture and isolate colonies. And don’t forget to let us know what you discover!

This entry was posted in beer and tagged wild yeast, yeast. Bookmark the permalink.