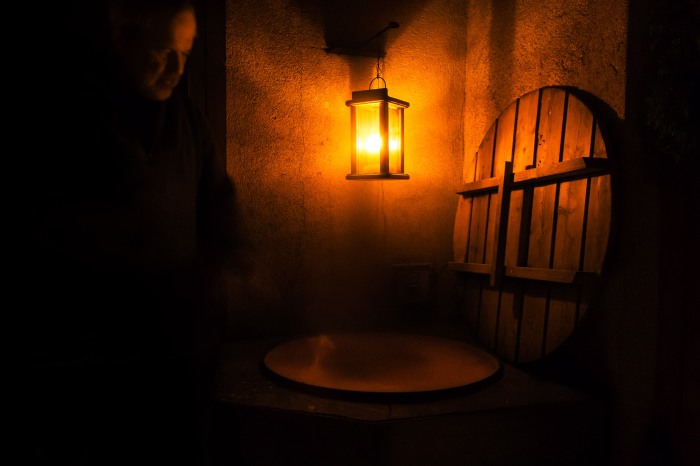 Sahti is the traditional beer of Finland. The popularity of the drink waned after the wars, obviously the prohibition of 1919 – 1932 didn’t help. Today, sahti enjoys a small-time revival on the craft brew bandwagon, even on a commercial scale. But at its roots, sahti is a farmhouse ale, a living beer, a real ale if you will, made to be consumed within weeks from brewing. It’s also a true craft beer: handmade, no modern equipment, a wood-fired cauldron, the senses of the brewmaster our only gauge. To taste the tradition, we will join a sahti mage on a brew day in Joutsa, Eastern Häme, Finland. But first, let’s look at how it all comes together.

Sahti has a relatively short history of writing: the earliest written reference dates back to 1792 (EU). The method itself is ancient, of course, passed, like all crafts, from a master to apprentice: “the brewing instructions have probably been handed down from generation to generation for thousands of years”. More recently, sahti has been granted the TSG protection status of the European Union. Says EU:

“a traditional, slightly cloudy, strong beer produced by fermentation. It is neither pasteurized nor filtered and the fermentation is left to run its course, so it is drunk fresh. The original gravity of the wort is at least 19 °Plato and the alcohol content varies between 6 % and 12 % by volume. The pH is less than 5. The colour varies from yellow to dark brown depending on the raw materials used. Sahti is cloudy because it is unfiltered. Because of the high residual-sugar content fresh sahti is slightly sweet tasting.” (source)

Although the TSG status only covers the method of brewing, real sahti is Finnish. Farmhouse ales exist across the beer belt, of course, and cousins of sahti have survived on two islands of the Baltic Sea: dricku in Gotland, Sweden, and koduõlu in Saaremaa, Estonia. 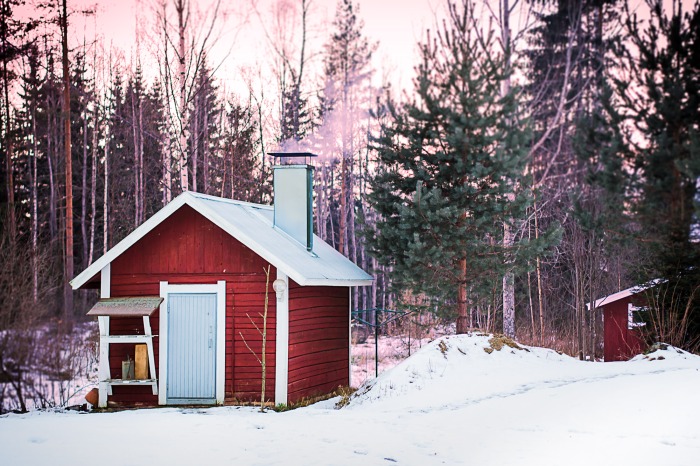 We will brew in the sauna, which has traditionally doubled as the brewhouse. In the olden times, sauna was also the malt house, the smokery for Finnish palvi meats, and a place to give birth, among other uses. After WWII, many people lived in saunas for a while as nothing else was left. We’re the lucky ones to get to only relax (and brew) in sauna.

We brew sahti with a wood-fired oven, with a wooden spatula, and a wooden trough made of juniper. Little has changed since metal vessels and store-bought yeast came into use a century ago. No scales, not a temperature gauge in sight, ominaispainomittari (a hydrometer) too difficult even to pronounce. The only nod towards the modern way of life is the electricity to power the lights. 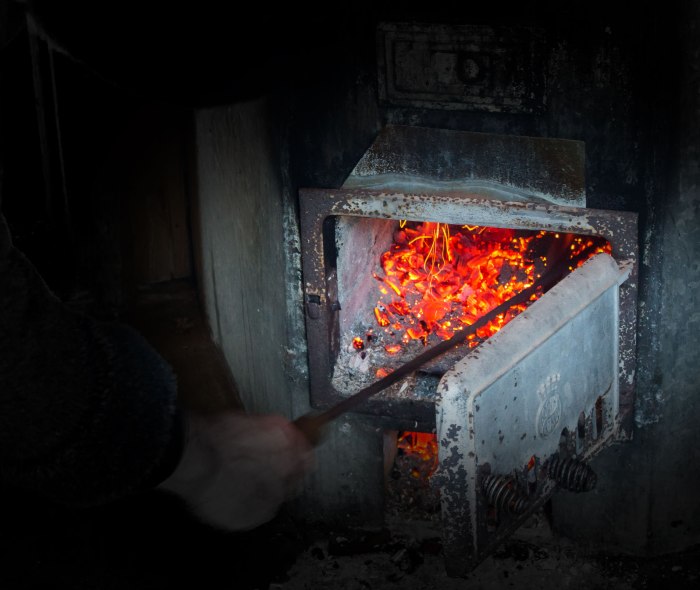 The brewmaster will test the temperature with his finger, judge the water-to-grist ratio by the looks, decide water additions based on how the color is developing, sparge until it feels right. It’s not hard to imagine the brewmaster was a sort of a mage to people who didn’t know of saccharification; who couldn’t possibly understand micro-organism such as yeast. Persons capable of changing water to alcohol have been known to enjoy a god-like status before.

When everything was still made by hand, the brewer left a sack of cereal in a stream to germinate. The malt was dried in a riihi, the smoky drying barn. Modern malt for sahti is pale and not smoky. The homebrewer will purchase a sack of malt and supplement it with raw cereals:

“Sahti is traditionally prepared from raw materials including, in addition to malted barley, other cereal malt and cereals (rye, barley, wheat, and oats) and usually hops, fermented using baker’s yeast or harvested yeast. … It takes about 20 kg of malt and 50 g of yeast to make 50 litres of sahti.” (EU)

Depending on mash yield and yeast attenuation, this ratio will provide wort and beer strengths between 1.090 – 1.100 OG and 8 – 10 % ABV respectively. As cereals, in addition to 20 kg of malted barley, our fifty some liters of sahti included 3 kg of raw and 250 g of malted rye. Mashing usually translates as mäskäys; for sahti the process is called imellytys (making something sweet or sugary). Our wort had the OG of 1.093. The yeast will be the Finnish baker’s yeast. 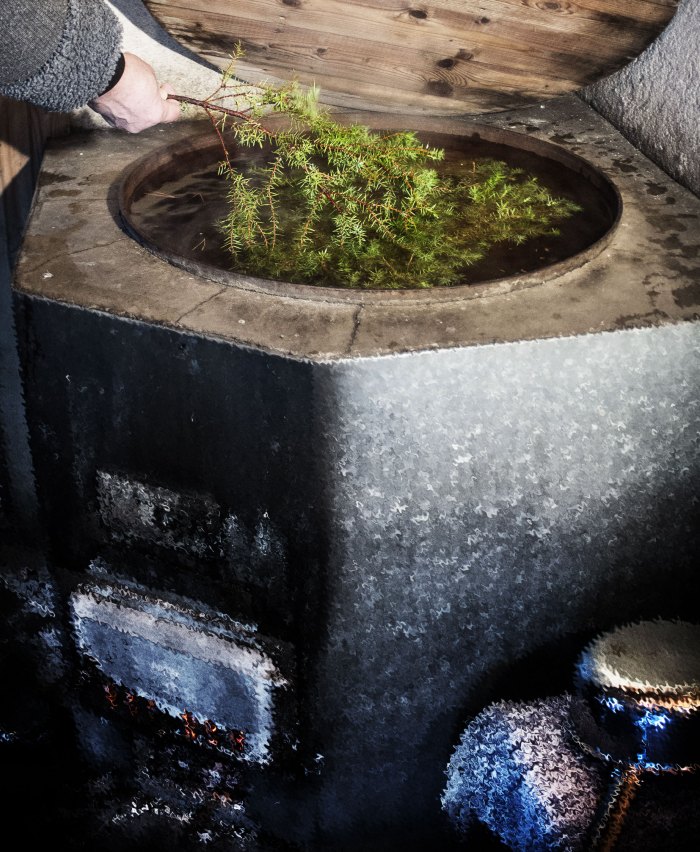 Juniper twigs are added to water before being brought to a boil. The juniper water will then serve as the basis for eight-step infusion mash:

“Sahti is brewed by gradually adding water to the mixture of malt and cereals, starting at a temperature of around 40 °C, which is increased to around 100 °C by the time the last water is added.” (EU)

The traditional mashing program, therefore, starts with a protein rest well suited for less modified malts. Gradually raising the temperature will serve to give time for both alpha and beta amylase so we can expect a rather fermentable wort.

When the mash is ready, in our case after eight hours of hourly checks, it is brought to a boil before filtering. 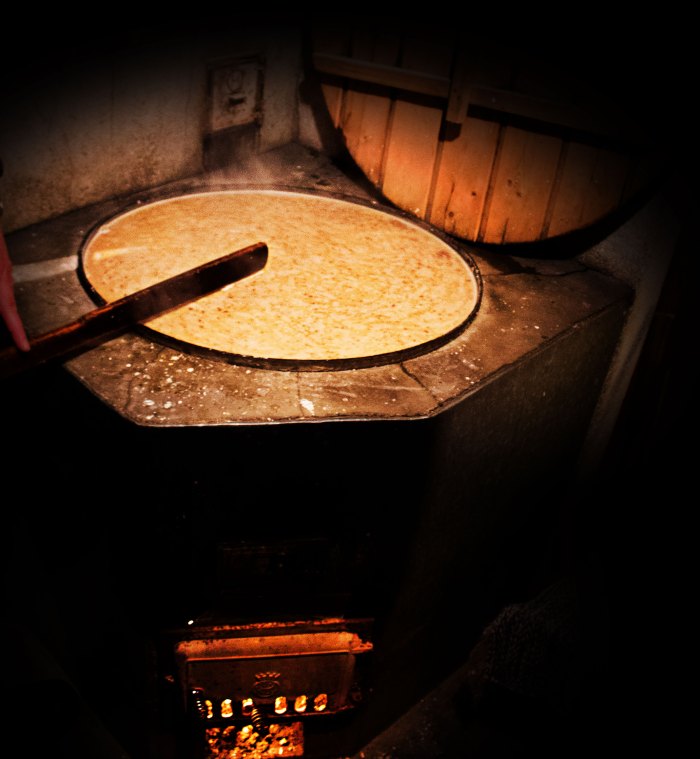 Juniper twigs are employed for the sparging and filtering phases. Here, straws have been laid on top of juniper.

“Sahti production is a craft and has its own special equipment: the wooden trough at least is characteristic” (EU) 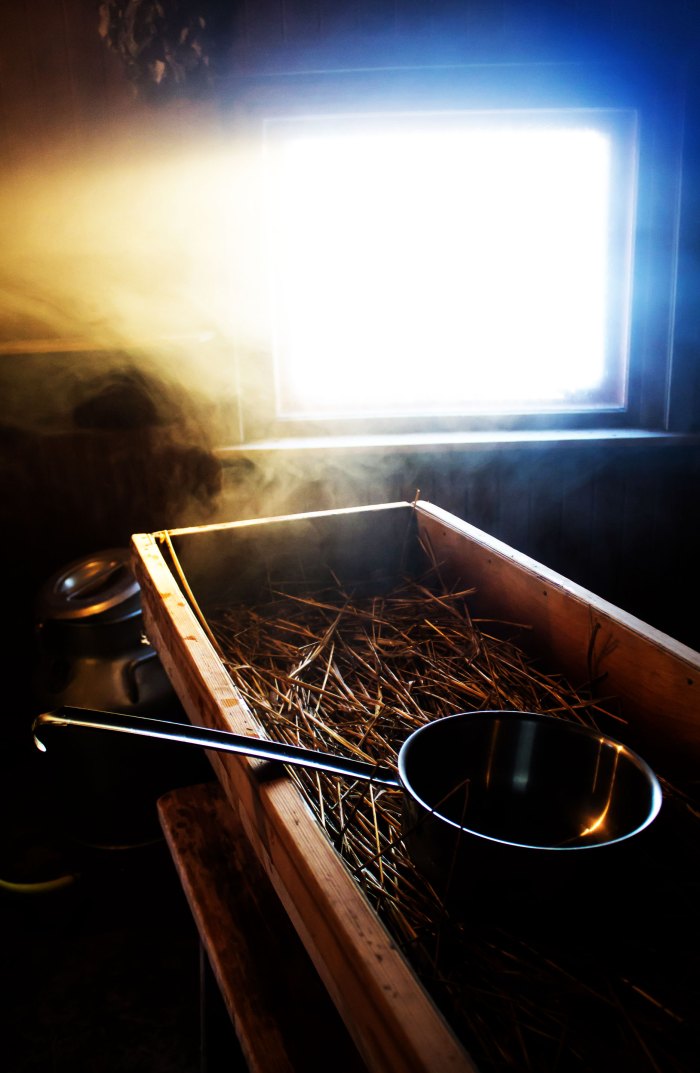 Wort is recycled until it runs clear. Sparge water is near boiling temperature but we’re not worried about tannins as the malt is not roasted or toasted. 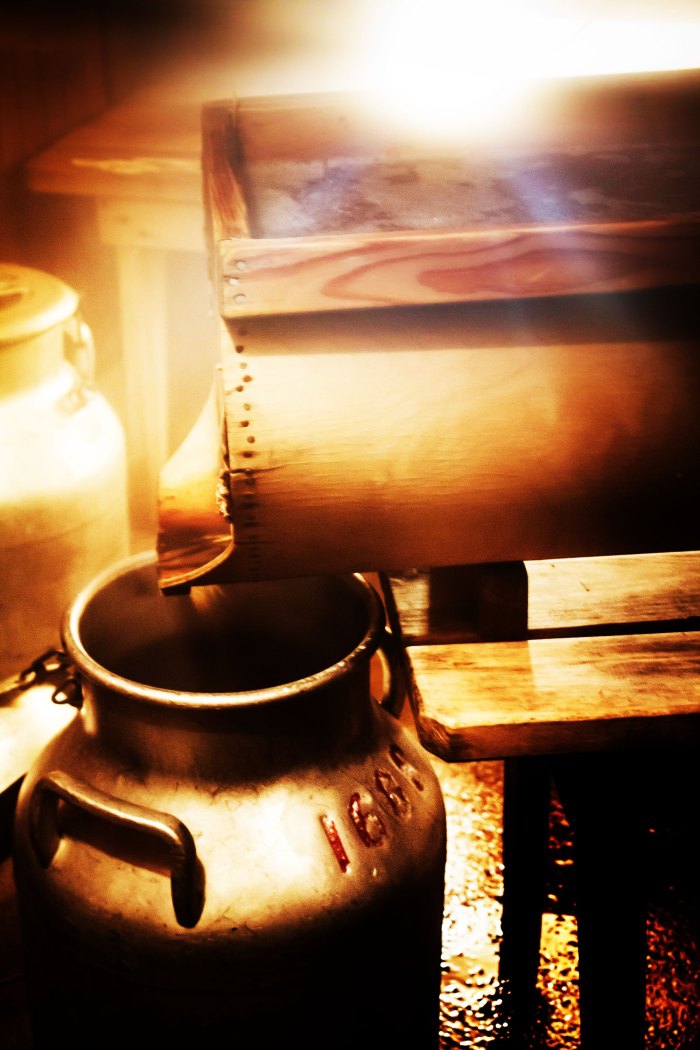 A small amount of wort is run into a smaller container and cooled. The brewer will take a small amount of yeast and mix it thoroughly with the starter – until bubbles form.

“wort, which is then fermented into sahti using baker’s or harvested yeast. Top fermentation is used. The main fermentation takes around three days at room temperature or cooler, after which the sahti is kept cool for at least one week. The alcohol comes exclusively from the sugar in the malts and other cereals.” (EU)

It’s time to pitch. Sahti will take two to three weeks to complete fermentation at a cellar temperature, perhaps one week when fermenting warmer.

The cask is made of juniper. Every once in a while, the brewer will take a sip or two to know how the current sahti is developing. Cask-conditioned real ale won’t get any more real than this!

The hard work being done, by the brewer and the yeast, it’s time for a taste. It’s malt, to be sure, a bit sweet, maybe even thick if the fermentation isn’t complete or a large amount of rye was used; bananas and cloves not unlike a hefeweizen; a slight carbonation on the tongue; juniper lingers somewhere there as well; with a somewhat sour (lactic acid) and a definitely refreshing finish. A party on the palate.  A party unparalleled, too; no wonder they still make it like they always did.

A living beer, a living tradition.